The Road by Cormac McCarthy

Cormac McCarthy's tenth novel, The Road, is his most harrowing yet deeply personal work. Some unnamed catastrophe has scourged the world to a burnt-out cinder, inhabited by the last remnants of mankind and a very few surviving dogs and fungi. The sky is perpetually shrouded by dust and toxic particulates; the seasons are merely varied intensities of cold and dampness. Bands of cannibals roam the roads and inhabit what few dwellings remain intact in the woods. Through this nightmarish residue of America a haggard father and his young son attempt to flee the oncoming Appalachian winter and head towards the southern coast along carefully chosen back roads. Mummified corpses are their only benign companions, sitting in doorways and automobiles, variously impaled or displayed on pikes and tables and in cake bells, or they rise in frozen poses of horror and agony out of congealed asphalt. The boy and his father hope to avoid the marauders, reach a milder climate, and perhaps locate some remnants of civilization still worthy of that name. They possess only what they can scavenge to eat, and the rags they wear and the heat of their own bodies are all the shelter they have. A pistol with only a few bullets is their only defense besides flight. Before them the father pushes a shopping cart filled with blankets, cans of food and a few other assets, like jars of lamp oil or gasoline siphoned from the tanks of abandoned vehicles—the cart is equipped with a bicycle mirror so that they will not be surprised from behind. Through encounters with other survivors brutal, desperate or pathetic, the father and son are both hardened and sustained by their will, their hard-won survivalist savvy, and most of all by their love for each other. They struggle over mountains, navigate perilous roads and forests reduced to ash and cinders, endure killing cold and freezing rainfall. Passing through charred ghost towns and ransacking abandoned markets for meager provisions, the pair battle to remain hopeful. They seek the most rudimentary sort of salvation. However, in The Road, such redemption as might be permitted by their circumstances depends on the boy’s ability to sustain his own instincts for compassion and empathy in opposition to his father’s insistence upon their mutual self-interest and survival at all physical and moral costs. The Road was the winner of the 2006 Pulitzer Prize for Literature. ([source][1]) [1]: https://www.cormacmccarthy.com/works/the-road/

No recent activity. Rate this book to see your activity here.

Similar books to The Road include All the Pretty Horses, Blood Meridian, or the Evening Redness in the West and Child of God. How many of these have you read?

All the Pretty Horses by Cormac McCarthy 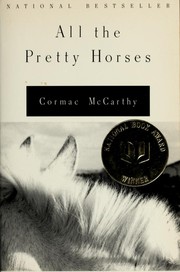 Child of God by Cormac McCarthy Cities of the Plain by Cormac McCarthy 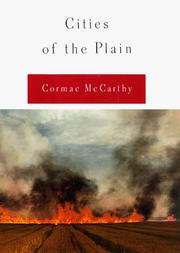 Cities of the Plain Reading Group Guide by Cormac McCarthy 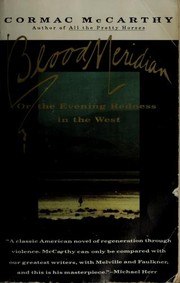